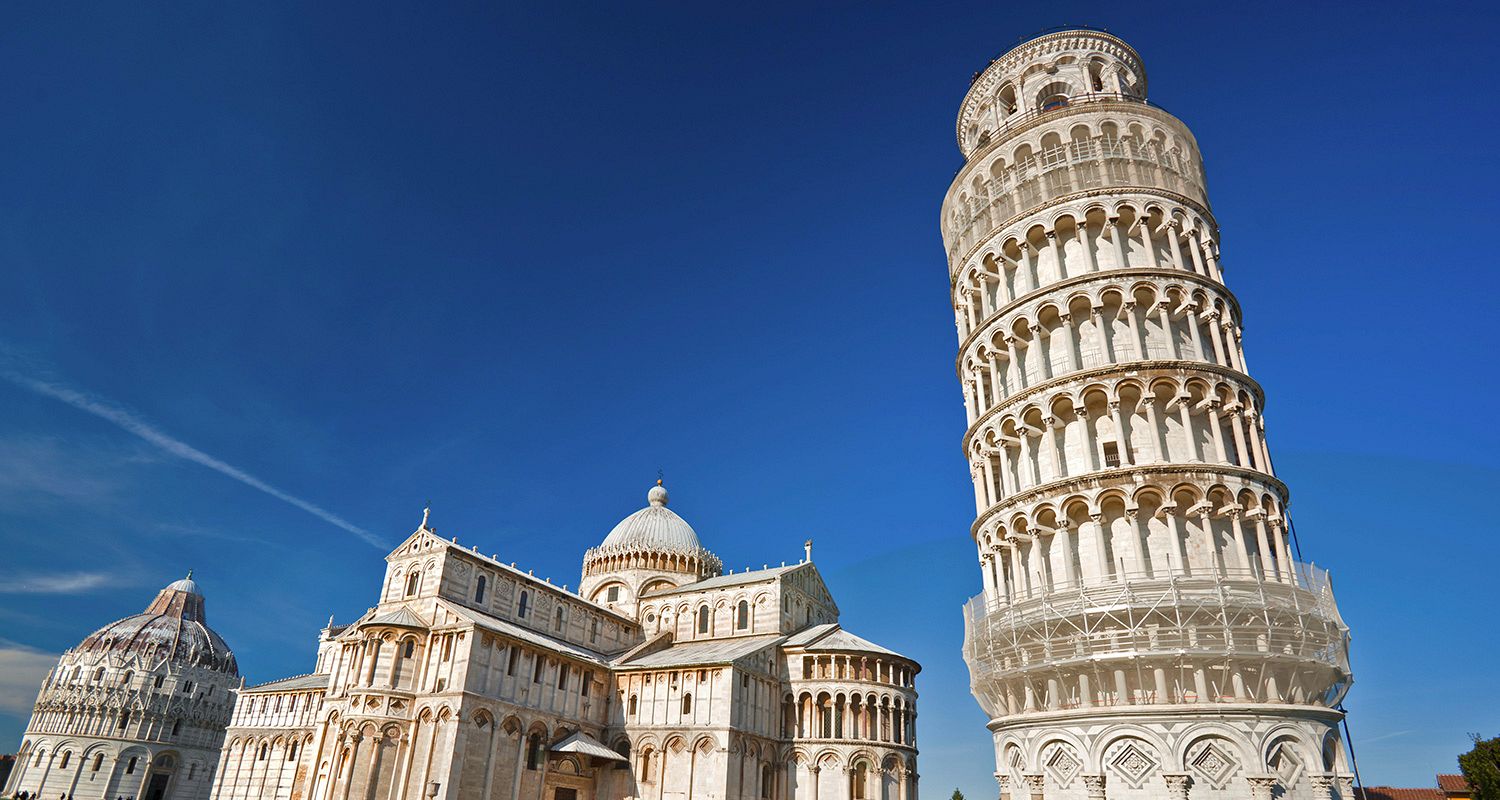 Your driver will meet you on the dock of LA SPEZIA PORT,
to drive you in this beautiful day trip to CINQUE TERRE.

He’ll drive you to PISA.
Pisa is at once the best known and the most mysterious of TUSCAN CITIES. Its most celebrated monument (THE LEANING TOWER) has become, along with the COLOSSEUM, gondolas and spaghetti a symbol for the entire ITALIAN REPUBBLIC.
Pisa's origins are unknown. The city lies at the junction of two rivers, Arno and Auser (now disappeared) in the Ligurian Sea forming a laguna area. The Pelasgi, the Greeks, the Etruscans and the Ligurians have variously been proposed as founders of the city. Archeological remains from the 5th century BC confirm the existence of a city at the sea, trading with Greeks and Gauls. The presence of an Etruscan necropolis was discovered during excavations in the Arena Garibaldi in 1991.

From the 11th to the 13th century, PISA's powerful navy ensured the city's dominance in the western Mediterranean. Trading links with SPAIN and NORTH AFRICA led to a scientific and cultural revolution reflected in the splendid buildings at the era:

Pisa's decline was assured when the ARNO began to silt up. Salt marsh, partly a nature reserve now divides the city from the sea.
The Leaning Tower of Pisa (Italian: Torre pendente di Pisa) or simply The Tower of Pisa (La Torre di Pisa) is the campanile, or freestanding bell tower, of the cathedral of the Italian city of Pisa. It is situated behind the Cathedral and it is the third structure by time in Pisa's Piazza del Duomo (Cathedral Square).
Although intended to stand vertically, the tower began leaning to the southeast soon after the onset of construction in 1173 due to a poorly laid foundation and loose substrate that has allowed the foundation to shift direction. building: the 13th century square tower at Suurhusen and the nearby 14th century bell tower in the town of Bad Frankenhausen (Sunday Telegraph no 2,406- 22nd July The height of the tower is 55.86 m (183.27 ft) from the ground on the lowest side and 56.70 m (186.02 ft) on the highest side. The width of the walls at the base is 4.09 m (13.42 ft) and at the top 2.48 m (8.14 ft). Its weight is estimated at 14,500 tonnes. The tower has 296 or 294 steps ;the seventh floor has two less steps on the north-facing staircase. The tower leans at an angle of 3.97 degrees. This means that the top of the tower is 3.9 meters from where it would stand if the tower were perfectly vertical.
In PISA our drivers can drive you in the FIELD OF MIRACLES where you can visit THE DUOMO, THE BAPTISTRY, THE LEANING TOWER, CAMPOSANTO). You can visit also PIAZZA DEI CAVALIERI with its beautiful buildings.

After PISA we’ll proceed to LUCCA.

Lucca was founded by the Etruscans (there are traces of a pre-existing Ligurian settlement) and became a Roman colony in 180 BC. The rectangular grid of its historical center preserves the Roman street plan, and the Piazza San Michele occupies the site of the ancient forum. Traces of the amphitheatre can still be seen in the Piazza dell'Anfiteatro.
Frediano, an Irish monk, was bishop of Lucca in the early 5th century.[1] At one point, Lucca was plundered by Odoacer, the first Germanic King of Italy. Lucca was an important city and fortress even in the 6th century, when Narses besieged it for several months in 553. Under the Lombards, it was the seat of a duke who minted his own coins. The Holy Face of Lucca (or Volto Santo), a major relic supposedly carved by Nicodemus, arrived in 742. It became prosperous through the silk trade that began in the 11th century, and came to rival the silks of Byzantium. During the 10-11th centuries Lucca was the capital of the feudal margravate of Tuscany, more or less independent but owing nominal allegiance to the Holy Roman Emperor.
After the death of Matilda of Tuscany, the city began to constitute itself an independent commune, with a charter in 1160. For almost 500 years, Lucca remained an independent republic. There were many minor provinces in the region between southern Liguria and northern Tuscany dominated by the Malaspina; Tuscany in this time was a part of feudal Europe. Dante's Divine Comedy includes many references to the great feudal families who had huge jurisdictions with administrative and judicial rights. Dante spent some of his exile in Lucca.
In 1273 and again in 1277 Lucca was ruled by a Guelph capitano del popolo (captain of the people) named Luchetto Gattilusio. In 1314, internal discord allowed Uguccione della Faggiuola of Pisa to make himself lord of Lucca. The Lucchesi expelled him two years later, and handed over the city to another condottiere Castruccio Castracani, under whose rule it became a leading state in central Italy. Lucca rivalled Florence until Castracani's death in 1328. On 22 and 23 September 1325, in the battle of Altopascio, Castracani defeated Florence's Guelphs. For this he was nominated by Louis IV the Bavarian to become duke of Lucca. Castracani's tomb is in the church of San Francesco. His biography is Machiavelli's third famous book on political rule.
In 1408, Lucca hosted the convocation intended to end the schism in the papacy. Occupied by the troops of Louis of Bavaria, the city was sold to a rich Genoese, Gherardino Spinola, then seized by John, king of Bohemia. Pawned to the Rossi of Parma, by them it was ceded to Martino della Scala of Verona, sold to the Florentines, surrendered to the Pisans, and then nominally liberated by the emperor Charles IV and governed by his vicar. Lucca managed, at first as a democracy, and after 1628 as an oligarchy, to maintain its independence alongside of Venice and Genoa, and painted the word Libertas on its banner until the French Revolution in 1789.

Back to the ship.