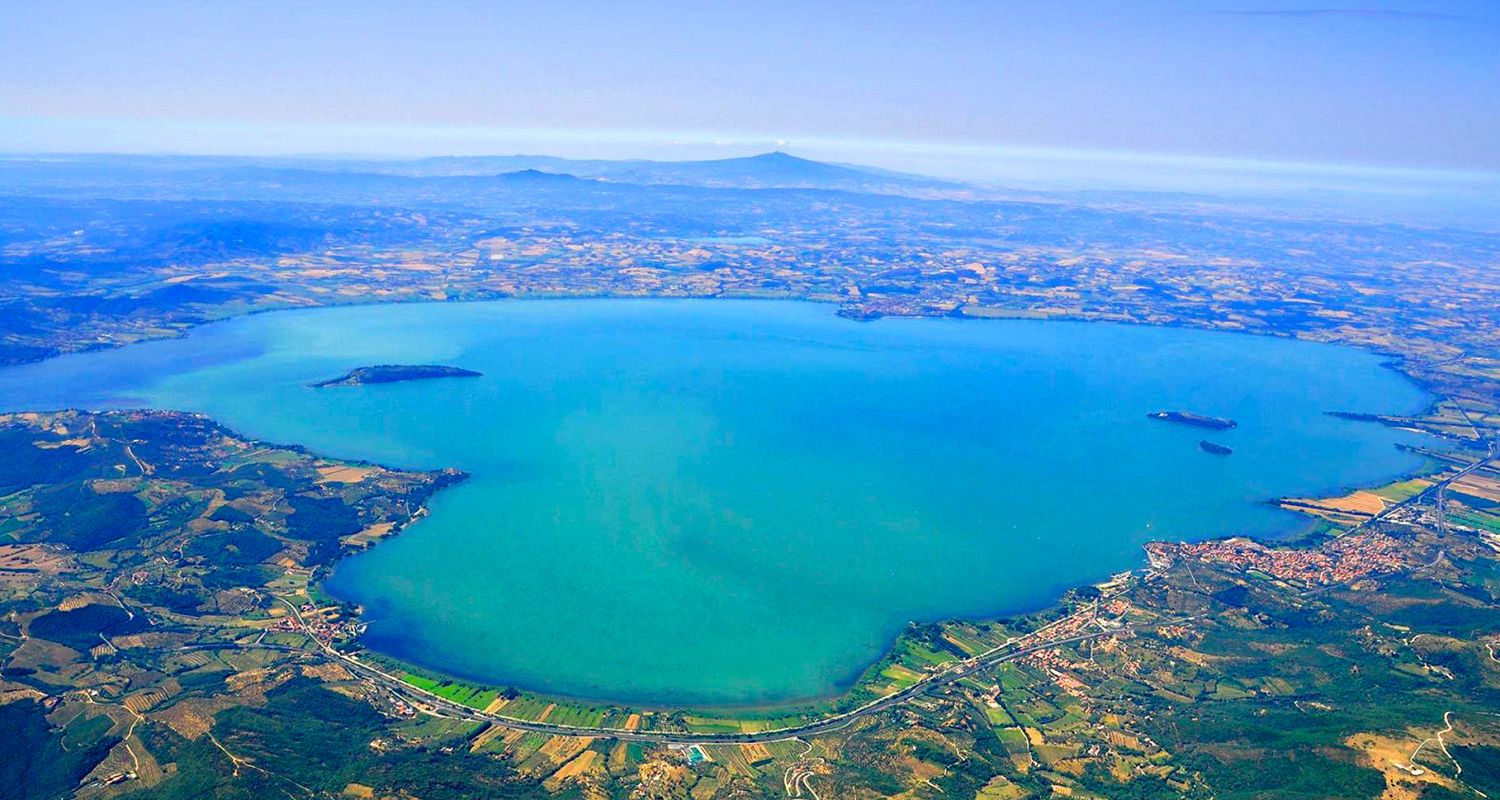 Your driver will pick you up at your hotel
or apartment in FLORENCE and he'll drive you to CORTONA.

Cortona and Tuscany are the subject of several highly readable books by Frances Mayes wrote about renovating are house in the area where she still lives for part of the year. These books give a highly authentic impression of life in this part of Italy. One of her books, Under the Tuscan Sun was made into a popular movie.
Cortona is a small but fascinating city in the province of Arezzo, Tuscany, central Italy, situated on a commanding hill, and overlooking Lake Trasimeno. Its cyclopean walls, still in great part preserved, are said to be 3000 years old. It was one of the twelve cities of Etruria and in its vicinity many ruins and Etruscan tombs maybe seen. Cortona took part in all the wars against Rome until 310 B.C. when Fabius Rullianus defeated the Etruscans and took Perugia. Perugia, with other cities including Cortona, then made peace with Rome. Later Cortona was destroyed by the Lombards but was soon rebuilt. In the fourteenth century it was governed by the Casali and afterwards became part of the Grand Duchy of Tuscany. Many famous men were born or lived in Cortona: Brother Elias (Elia Coppi), the famous companion of St. Francis of Assisi, and later Vicar-General of the Franciscan Order; Cardinals Egidio Boni and Silvio Passerini; the painter Luca Signorelli; the architect and painter Pietro Berrettini (Pietro da Cortona). St. Margaret of Cortona (1248-97) was born at Laviano (Alviano) in the Diocese of Chiusi, and became the mistress of a nobleman of the vicinity. On discovering his body after he had met a violent death, she repented and, after a public penance, retired to Cortona, where she took the habit of a Tertiary of St. Francis and devoted her life to works of penance and charity. There still exist in Cortona religious works due to her zeal. Leo X permitted her veneration at Cortona, and Urban VIII extended the privilege to the Franciscan Order. Benedict XIII canonized her in 1728. Her body rests in a beautiful sarcophagus in the church dedicated to her at Cortona. It is not known whether Cortona was an episcopal see previous to its destruction by the Lombards. From that time until 1325 it belonged to the Diocese of Arezzo. In that year, at the request of Guglielmo Casali, John XXII raised Cortona to episcopal rank, as a reward for the fidelity of its Guelph populace, Arezzo remaining Ghibelline. The first bishop was Rainerio Ubertini. Other bishops were Luca Grazio, who was a distinguished member of the Council of Florence (1438); Matteo Concini (1560) and Gerolamo Gaddi (1562) were present at the Council of Trent. The cathedral and the other churches of Cortona possess numerous works of art, especially paintings of the school of Luca Signorelli and of Fra Angelico.

After this visit the tor
we'll proceed to the TRASIMENO zone.

Lake Trasimeno or Trasimene (in Italian: Lago Trasimeno), is the largest lake in the Italian peninsula with a surface area of 128 km², slightly less than Lake Como. The Tiber River flows some thirty kilometers to the east of the lake, but the lake and the river are separated by hills: no major river flows directly into nor out of Lake Trasimeno, and the water level fluctuates significantly according to rainfall levels and the seasonal demands from the towns, villages and farms dotted round the shore.
Trasimeno had a tectonic origin. 3 million years ago, there was a shallow sea in this part of Umbria. Then a depression formed by geologic fractures, allowed the birth of Lake Trasimeno.
Historically, Trasimeno was known as The Lake of Perugia and this name makes it easy to understand the importance that the lake has always had for the whole of north-western Umbria and for the Tuscan Chiana district. In prehistoric times, this lake was extended so as to almost reach Perugia. Trasimeno is a mythological figure, joined with Agilla, a nymph born in Agello, now a hill midway between Perugia and Trasimeno, formerly an island in the lake. The Battle of Lake Trasimeno, took place on the north shore of the lake in April 217 B.C.E. during the Second Punic War. It's still debated where exactly where it happened, because the lake extended further and deeper at that time, so it could had been fought between Cortona and Tuoro. Near Cortona, there is a place called 'Ossaia', perhaps in memory of the bones found after that battle. Many legends were told about this battle, as the golden chariot of Flaminio, sunk in the middle of the lake.
The first civilization to inhabit this place was the Etruscans, and it's said that they found Trasimeno similar in shape to a liver. The Etruscan presence is not surprising, because when the lake was bigger, Perugia, Chiusi and Cortona, three of the main Etruscan cities, were all within 20km of the lake. Practically nothing remains from the Etruscan period, and only some traces of the Romans are found. Castiglione del Lago, has some Roman ruins and its main streets are structured like a chessboard in the Roman style.
Trasimeno is surrounded for half of its shores by hills, rich in olives that are among the most important resources of the local agriculture. On the western shore, near Tuscany, there are vineyards, and fruit and vegetables are grown. There, the hills are much lower and the climate is warmer. It's possible to see Monte Subasio near Assisi, about 70 km to the east, and Monte Amiata, about 70km to the west.
The vegetation includes pines, willows and poplars all around the shores, many over 30m tall.
The main towns, all quite small, are Passignano sul Trasimeno, Tuoro, Monte del Lago, Torricella, S.Feliciano, S.Arcangelo, Castiglione del Lago and Borghetto. Castiglione del Lago has the longest shore, because its on a the only significant peninsula of the lake. There were stories that this was an island that was joined to the shore by the Romans.
All around the lake there are old small towns, and isolated castles, like Zocco castle, now in ruins, and a tower near Passignano. Monte del Lago was originally built to control the road from Trasimeno to Perugia.
There are three islands in the lake. The second largest, Isola Maggiore, is the only inhabited one. The small fishing village, which reached its height in the 14th century, today has only around thirty residents. Most of the buildings, including the ruins of a Franciscan monastery, date from the 1300s. The largest of these isles is Isola Polvese, almost 1 km².
Maggiore is a 'hill', while Polvese is a more complex structure with planes and hills (Minore is a sort of sloped table). It is now uninhabited, but in the past there was a village with over 500 residents. Many centuries ago, there was a castle with a pentagonal structure near the shore, and a Olivetan monastery. The castle still remains and the ruins of the church and the monastery almost totally preserved, despite thie abandonment in the 17th century, due to bad climate and malaria. The malaria was finally eradicated only in the 1950s. There were other problems as well, since Trasimeno was fought over by Chiusi, Panicale, Perugia and Florence.
Florentine troops demolished Polvese in the 17th century, which started its decline, until by the 19th century there was only a caretaker. Of the many houses, nothing remains. Minore Isle, near Maggiore, is now uninhabited, totally covered by local vegetation except a little anchorage. In ancient times, there was a separation between the two communities, because Polvese was far away from Maggiore-Minore. It is said that the two communities fought against each other. But the real problems were from the regional 'powers' that fought over this lake for centuries.
The fishing in the lake used a particular technique called 'Toro', a very complex system that consisted of a wooden trap in the water and a circular structure to hold the net around it. The nets trapped the fishs and they were brought to the village to be dried. This system worked with a high water level, but was abandoned when the level dropped. A mock up of this system was built several years ago near Polvese Isle's port.